Curious about life in Luxembourg?

Below are some of the most commonly asked questions about relocating to Luxembourg. For more information, you can also visit http://www.visitluxembourg.com/en or http://www.justarrived.lu.

What and where is Luxembourg? 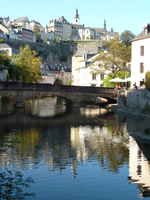 Luxembourg, officially the Grand Duchy of Luxembourg, is a landlocked country in Western Europe. It is bordered by Belgium to the west and north, Germany to the east, and France to the south. It is a constitutional monarchy and a democracy, with an advanced economy and the world’s second highest GDP per capita. It has historically been in a strategic location and is a founder member of the European Union. It is also a member of NATO, the OECD and the UN.

What is the population and are there many foreigners?

It has a population of just over half a million residents. Recent statistics note that 45.3% of the population do not have Luxembourgish nationality. There are over 55 nationalities registered, so there is great multi-cultural diversity.

What are the official languages of Luxembourg?

French, German and Luxembourgish, Luxembourgish being the national language. English is however widely spoken and in most administrations English documents are unofficially accepted.

How welcoming is Luxembourg?

Luxembourgers recognise the value of the international community, with the financial benefit and cultural richness this brings and are very welcoming to new arrivals. In some rural areas this may be less obvious, however, once you get to know Luxembourgers they are friendly and approachable.

How easy is it to travel to and within Luxembourg?

Luxembourg is centrally located in Europe and served by an international airport which provides links to the major hubs throughout Europe and flies directly to many major capital cities and holiday locations throughout Europe. http://www.lux-airport.lu/. Other International airports in Brussels, Cologne as well as Paris and Frankfurt are easily within reach. In addition Ryanair has two hubs within 2 hours of Luxembourg with good road and bus links. http://www.ryanair.com/ and http://www.flibco.com/. Train links throughout Europe are easily accessed and in particular the TGV connects to Paris in 2 hours! http://www.raileurope.com/european-trains/tgv/index.html. Luxembourg is also linked with all major motorways to France, Germany and Belgium. For national travel links please check http://www.mobiliteit.lu/.

Yes. Each commune has a local service for recycling general rubbish, garden or green/kitchen rubbish, plastics, glass and paper. The refuse bins are colour coded accordingly.

How family friendly is Luxembourg? 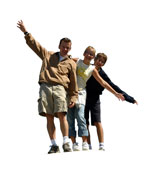 Very! Luxembourg has plenty of parks and playgrounds, swimming pools and sports facilities. Restaurants and cafés welcome families. Further information about family life and children’s activities can be found on http://luxembourg.angloinfo.com/.

Is there much to do outdoors? 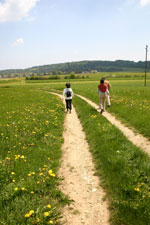 Luxembourg is a scenic country with plenty of outdoor activities to pursue and keenly promotes health and sporting activities. Most communes provide excellent facilities for the residents with sporting clubs, swimming pools and social centres. There are abundant fitness clubs as well as high standards of clubs offering competitive sports such as cycling, squash, tennis, football, basketball and handball. Each year there is the ING marathon run in usually at the end of May. 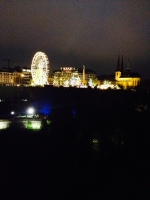 Luxembourg boasts a wide variety of nightlife ranging from excellent restaurants, café/bars and clubs to concerts and theatre. There are very active live music venues and international names often include Luxembourg in their tour programme. http://www.rockhal.lu/. For more information check out the official guide: http://www.visitluxembourg.com/en.

How do I find out about what is happening in my commune?

Each commune has a website and it will often have an English section. Each commune will have at least one good English speaker if you have any difficulties, just ask them.