St George’s International is proud to announce that one if their current Sixth Form students, Harriet achieved the highest mark in the world last year in Media Studies. Having already scored 95% on her coursework unit, Harriet achieved an incredible 100% on her AS exam, a combined score higher than any other student in the more than 40 countries around the world where the Cambridge International Media Studies A-Level is taught.

“I’m absolutely delighted to have a St George’s student recognised again with such a prestigious award; congratulations to both Harriet and Mr Burrowes, our Media Studies teacher.”

Mr Burrowes likewise thrilled, notes that this was even more striking and pleasing as Harriet was initially quite wary about the subject.

“To begin with, Harriet was quite daunted by the technology side of the course, but once the filming started to flow her editing skills quickly developed, and I’m thrilled that this is now a subject she will carry on into university and beyond. I honestly was not shocked when I heard the news. Harriet tends to leap at the more challenging options and engages with the theory side to an extraordinary level of depth, on top of which she has shown the drive to independently organise opportunities to experience the media industry first hand.”

Indeed, Harriet was rather more surprised than her teacher at the news!

“This genuinely came as a shock to me! I really struggled to meet deadlines throughout the year, but the support from my teachers and the school in general, especially Mr Burrowes, was fantastic and really kept me going when I was toiling. That and my cats, who ended up getting screen time too! It helped too that all the teens involved in the film production side shared a genuine passion for it. The sense of accomplishment at emerging from a challenging filming and editing process was huge!

Just as important though was reading as much as I could about the subjects we were covering, and keeping a foot in how all the theory plays out by organising work placements during my holidays. Getting to join video shoots with Partizan and professional photo shoots with Hunger magazine, both in London, sitting in on creative meetings and engaging in pre-production work like location scouting helped to really bring my studies to life.

I think the subject really clicked with me when I realised how much deeper I could now go into shows and movies I enjoyed. I’m a huge Buffy fan, and as a member of the LGBT+ community connected with the Willow character’s ‘coming out’ in the fourth season. Watching the series again, I was now reflecting on how Joss Whedon switched the show’s US TV network partly to enable a truer representation of this, but also seeing more layers to how even an idol handled it – in retrospect, making Willow into a witch with magic power as some kind of metaphor for her sexuality maybe wasn’t so cool!

This award has already opened doors for me – I’ve had an early offer from Goldsmiths University! I’m continuing to expand my media horizons too, picking up on some of the often provocative theory we cover to read books such as Judith Butler’s classic queer theory in “Gender Trouble”, but also keeping my hand in with industry experience – we now have a monthly Media show on Radio Ara!”. 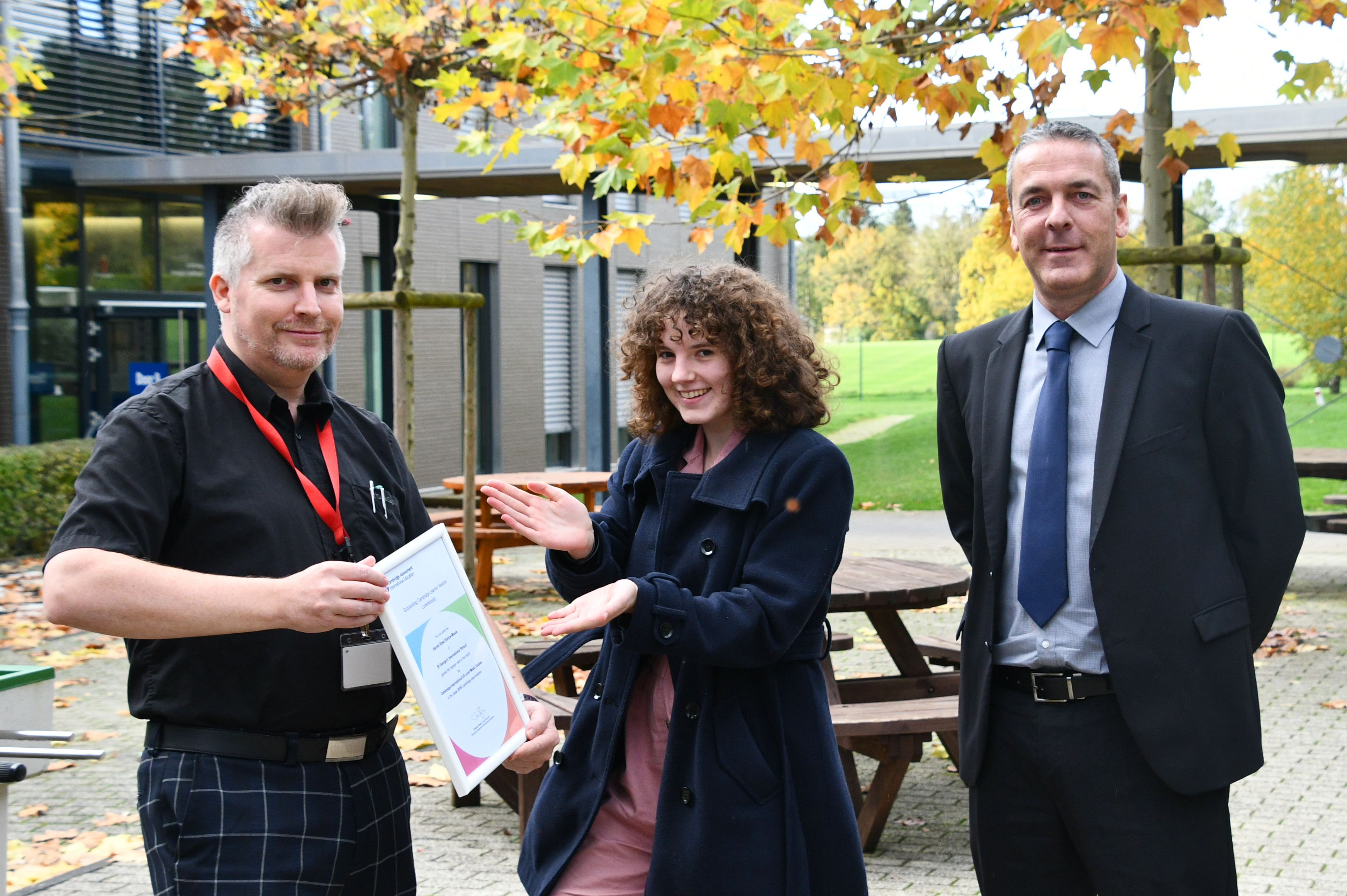