<Back to News
Media students going gaga for radio

GCSE and A-Level Media students visited the Radio Ara studios on Friday to get a tour of the facilities, watch a live broadcast in action, and have their first go at recording and editing a show. Starting on March 27th (and monthly every 4th Wednesday thereafter) they will be broadcasting the new Media Matters show from 4-5pm, looking into a variety of media industries and issues as well as playing a few tunes along the way. The first few shows will feature segments on the collapse of the press industry, banned music, social media vloggers and influencers like Zoella, and censorship in the film industry, plus regular features like Meme of the Month and Milestones in Music!

Tune in to Radio Ara, or catch it later through their website (www.ara.lu/). The shows will be pre-recorded, but special requests for tracks will be considered! 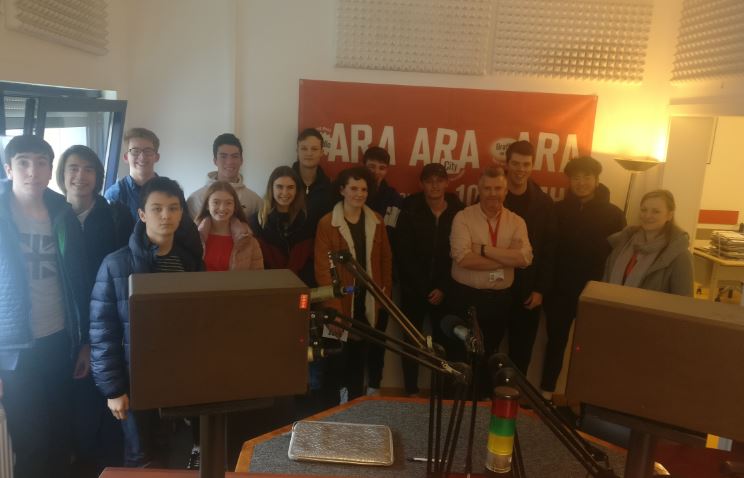